CharOp Chronicles: Five PVP Builds to beatdown the Competition (while Gaming for Goodness)

Come 11 March, our friends at Curious Chimeras will be holding a non-profit event to raise funds for a good cause and with one of the highlights being a no-holds-barred 2v2 PVP tournament to get the blood (and the donations) flowing, we’ve decided to put together some PVP builds that will help you outplay the competition.

These are early game builds (5th level), but the concepts and strategies remain relevant at higher tiers of play. We’ve tried to also keep them #ALlegal for portability because AL is all we’re about. 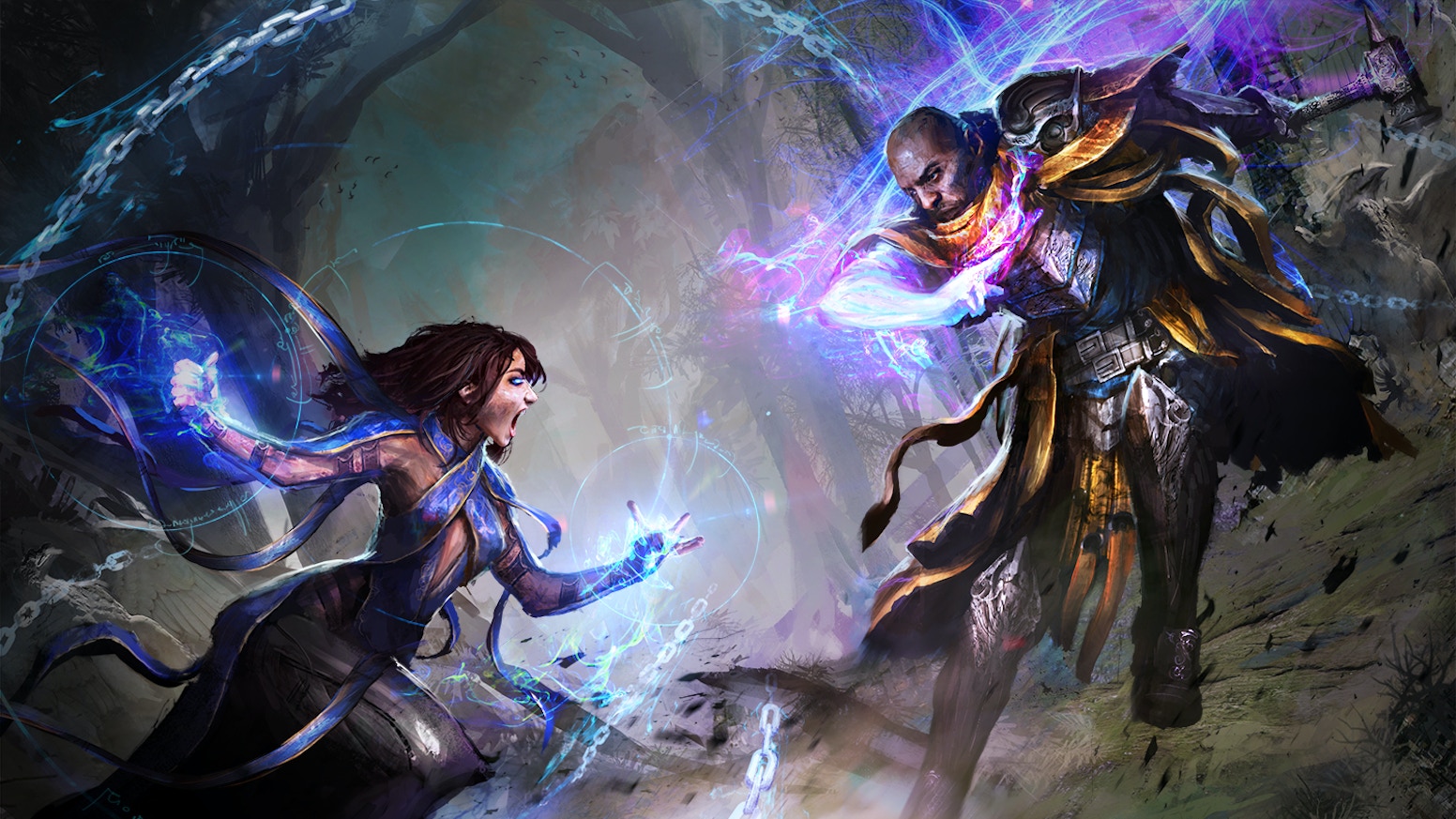 Now with that out of the way, it’s time to move on to builds:

Build Option #1: Always bring a nuke to a swordfight 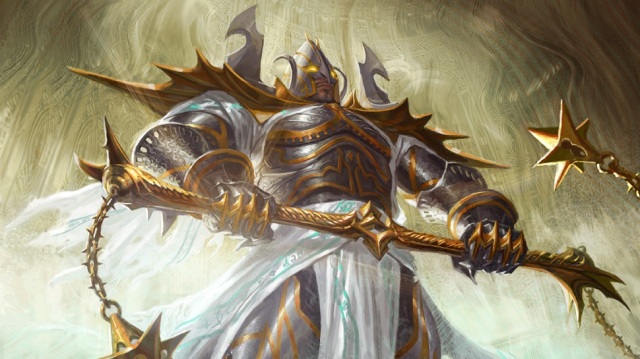 Tempest Cleric 2/Divine Soul Sorcerer 3 lets you maximize a spell that deals Thunder damage once per rest, and the default go-to spell for that is Chromatic Orb. With Metamagic, a Twinned Chromatic Orb cast using a 3rd level slot guarantees a static 40 damage to one target, and 5d8 to the second.

You also get decent defenses thanks to Tempest Cleric, which lets you use heavy armor and a shield, and spell picks like Shield and Spiritual Weapon (from Divine Soul) add to your overall survivability and effectiveness. In subsequent rounds, it would not be unexpected for you to drop a Hold Person, and proceed to wail on an incapacitated foe with the staff you’re wielding in one hand as an Arcane Focus.

Divine Soul 1 also gives you a very powerful defensive ability in Favor of the Gods, which either lets you stick that maximized Chromatic Orb, or evade a Save or Die effect. 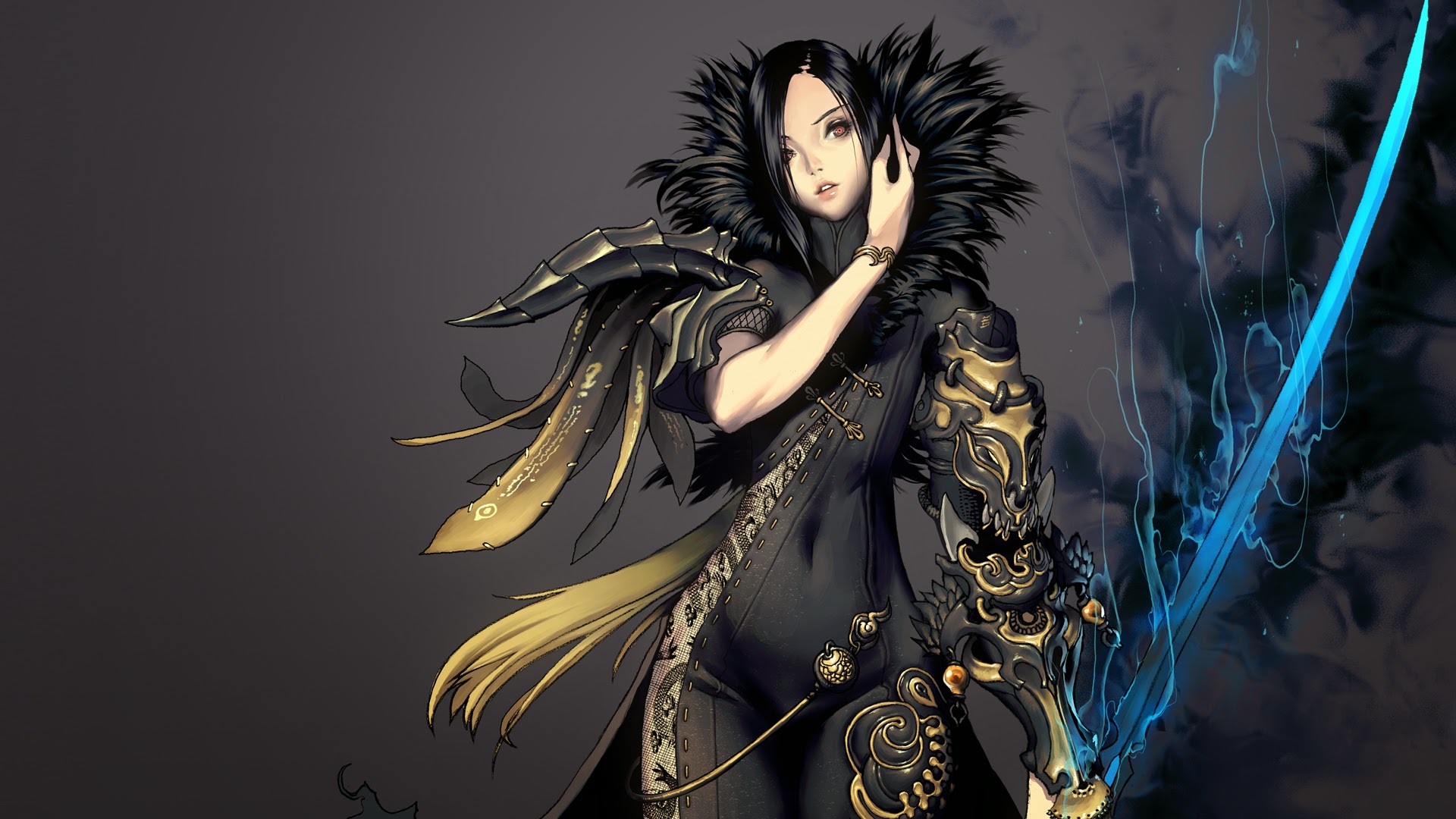 Hexblade makes everything better. You are SAD, which is great, gain multiple benefits from it being super front-loaded, and can cheese it with Darkness + Devil’s Sight (though your mileage may vary as we predict a Hexblade meta).

Hexblade 5 (Blade Pact) with the Sharpshooter chassis lets you fish for crits with advantage while squeezing off at least two shots a round. Improved Pact Weapon and Eldritch Smite are great for this. You might even be able to squeeze out an extra attack using a hand crossbow if you’re already using Improved Pact Weapon for the ranged option and have a bunch of pre-loaded hand crossbows at the ready (this is even easier if you DO have access to a magic hand crossbow).

The alternative is Hexblade 2/Sorcerer 3, which lets you go wild with Quickened Eldritch Blast + Eldritch Blast spam for Macross Missile Massacre-esque sequences. I prefer the Divine Soul because of Favor of the Gods, but Shadow and its ability to create Darkness using sorcery points is great too.

Hell, any Hexblade combo is reasonably good in PVP, and is made even better should you be allowed to use races with natural flight. In such a case, you might as well capitalize on Eldritch Spear and Agonizing Blast and rain death from above! 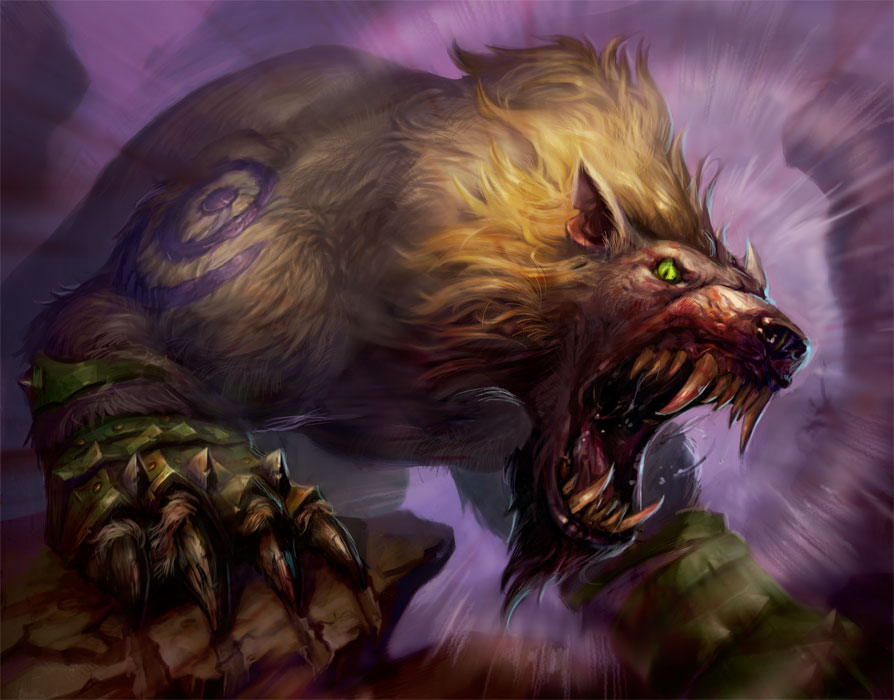 The Bearbarian (Moon Druid 2/Bear Totem Barbarian 3) is a classic.

Moon Druids can Wildshape twice, meaning they pretty much have two extra hit point bars. Combine that with Rage from a Totem (Bear) Barbarian, you can get real tanky real fast due to the Resistance it offers.

Decent PVP choices include the CR 1 Brown Bear or Dire Wolf, and the fun part about being able to Wildshape as a Bonus Action thanks to your Circle choice means that you can close instantly with the enemy and bring those claws to bear.

Barbarian Unarmored Defense helps to boost the AC of your animal form (you retain both abilities in Wild Shape), and with the heightened Strength, grappling while Wild Shaped is always a viable tactic.

Going pure Druid is also viable, and while you won’t be as tanky as a Druid/Barbarian hybrid (you’d still have some decent hit points), you’ll have access to better magic. Since you can maintain concentration on a spell in Wild Shape, you can pre-cast disabling spells like Entangle, damaging spells like Call Lightning, Flaming Sphere or Heat Metal, Wild Shape into something suitably appropriate, and make full use of the additional options these open up.

Build Option #4: The Archer class is really made up of archers

It’s unsurprising that the Sharpshooter chassis is a viable PVP spec. It cranks out decent damage at range, and has a good chance of going first thanks to a high Dexterity score. Needless to say, you want to aim for the weaker looking of the two in any PVP situation, and quickly burst them down.

Gloomstalker Ranger 5 will grant you access to Hunter’s Mark, the Archery fighting style, the ability to add your Wisdom modifier to Initiative, and the ability to trigger an additional weapon attack whenever you take the attack action in the first turn of each combat. This can lead to potentially explosive opening rounds, especially if you can stick a Hunter’s Mark on your target, and land all three shots.

Similarly, a Battlemaster Fighter 5 armed with a hand crossbow, utilizing Crossbow Expert + Sharpshooter with the Archery fighting style can also put out a healthy amount of burst by throwing Superiority Dice behind those attacks. Action Surge will bump the number of shots you can take when you nova to five, and the static if you hit with all those attacks is usually sufficient to take down most anyone you’ll face in the arena.

Build Option #5: Put on your robe and wizard hat

Their relative squishiness aside, Wizards are undoubtedly one of the most effective classes for PVP. Going the full five levels in Wizard is mandatory, and it doesn’t take a genius to play one (though doing your homework and picking the best PVP spells help).

Of the published arcane traditions, two really stand out:

The Portent ability of Divination is superior in PVP, especially since CC and Save or Suck spells matter so much. Use high rolls to benefit your party, and low rolls to mess with your opponent’s attack rolls, initiative rolls, saves and opposed skill checks (such as when Counterspelling or Dispelling Magic).

Also, as much as I hate War Magic for PVE, it’s actually one of the most optimal PVP specs. Adding your Intelligence modifier to your Initiative means you’ll probably get to drop that Hypnotic Pattern or similar AOE spell right out the gate, and that can close the match immediately. At the same time, the Arcane Deflection ability isn’t too shabby for PVP either, especially since +2 AC or +4 Saves at low levels could mean the difference between skirting danger or losing a huge chunk of HP (and potentially Concentration).

Build Option #6: Or you could just be a bard I’m not even talking about full Bard here.

Combining Divination Wizard 2 with Lore Bard 3 can refine your focus on debilitating your enemies while simultaneously enabling your ally.

Cutting Words and Inspiration can make for a fairly big tempo swing, and Vicious Mockery can really mess with their attacks (if you were at our Bard Masterclass, you might remember us mentioning that Cutting Words can affect an opponent’s Initiative and Counterspell checks).

You’d also have access to Hold Person, so you can expect to lock down your opponents if you upcast it to 3rd level and somehow get them both to stick.

We hope these tips and tricks will help you win fame, glory and honor as you Game for Goodness!

Do let us know how you fare!

← SUNNY with a chance of unreleased CCC – Reflections
CharOp Chronicles: Is the Archer class really made up of archers? →