After nine seasons of Adventurers League, it’s hard not to suffer from Faerun Fatigue. That’s why the arcanopunk world of Eberron and the brand new Oracle of War is a breath of fresh air.

The modules are genuinely fun, with the right mix of pulpy action and gray morality to whet the appetites of roleplayers and rollplayers alike, while access to Rising from the Last War (RLW) and Xanathar’s Guide (XGE) means plenty of flavorful & robust character options for us to play with. 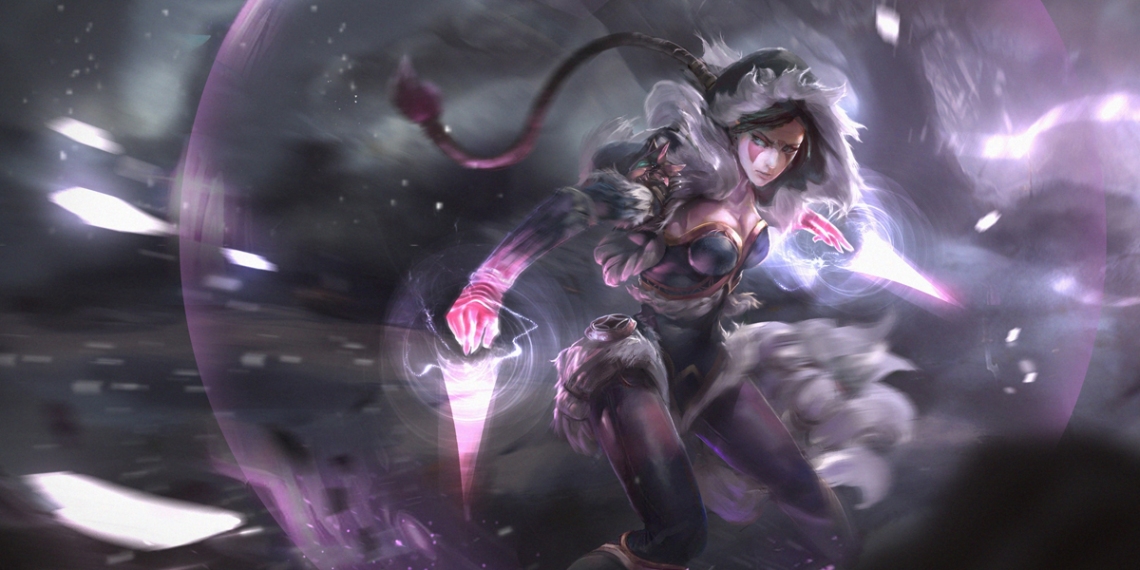 The Changeling race presents several obvious options for optimization, especially if you choose to put all your racial bonuses into Charisma while keeping your Dexterity at a 14. Starting with a whopping 18 Charisma (hitting 20 with your first ASI) can be incredibly beneficial, and what better way to capitalize on this than to invest in some Hexblade levels?

From a flavor standpoint, Hex Warrior provides the requisite training in martial weapons, medium armor and shields you’ll need to pass off as the lowliest town guard or the most celebrated veteran on the continent.

Rogue and Bard grant more skills so you can cover your bases, and can help beef those skills up with a dose of Expertise. Picking College of Whispers adds another layer that enhances both the subterfuge and infiltration aspects, especially with Mantle of Whispers. There’s also a handy damage rider by way of Psychic Blades (maxing out at 8d6 at 15th) that can explode into big damage pretty quickly if you pull off an Assassinate.

15 full Bard levels naturally mean 19 spells known, access to high-tier Magical Secrets and an 8th level slot. Pick the ones that will aid in your work, or fit with your cover identities.

Swap out Assassin with Arcane Trickster for a bit more utility and access to Find Familiar, or take more Warlock levels if you prefer to get up close and personal with a weapon.

A House Cannith scion with the Mark of Making is a natural choice for an Artificer/Wizard multiclass. Both classes rely on Intelligence, and the +2 bonus that comes with the race variant means you’ll always start ahead of the curve. Alternatively, pick Warforged for the arcanopunk cyborg vibe.

The real question here comes down to the split – whether you’re going more into Artificer or more into Wizard, and the school of magic you intend to specialize in.

If you’re itching to bring a wand to a gunfight, going Artillerist isn’t a bad choice. Firing an Eldritch Cannon uses your Bonus Action, which means you can still spam Scorching Ray or another spell as your Action for the turn.

Pairing a more damage oriented Artificer with the War Magic tradition will allow you to take advantage of Tactical Wit (+Int mod to Initiative), and Arcane Deflection provides a semi-decent Reaction filler. Going Wizard for Find Familiar is also on theme (just flavor your pet appropriately with the necessary mechanical bits), and if you invest more than 2 levels in Wizard, Dragon’s Breath is now potentially your #1 source of extra damage if you can somehow get access to XGE spells through campaign documentation.

Once you’ve maxed out your Int, consider investing more points in Dex or taking the Alert feat so you’ll always shoot first.

If being a faux martial is your thing, going Battlesmith lets you use Int as your attack stat so long as you’re wielding a magic weapon (easily accomplished by using an Infusion on a mundane one), and the Steel Defender is a great blocker that also attacks if you command it using your Bonus Action.

Incidentally, the Battlesmith makes for a decent Archer (Yes, I said it) when paired with Fighter (and in this case, Arcane Archer actually works). A 2 dip in Paladin can also be fun if you prefer to wade into melee to Smite your foes.

The Valaes Tairn are famed for their skill at arms, and are unmatched in the use of their traditional weapon – the double-bladed scimitar.

Needless to say, a descendant of the Valenar who chooses to eschew nature magic in favor of their ancestral sword arts – weaving martial movement and oral histories into a litany of steel – would make an exemplary College of Swords Bard (at least 10 levels).

Multiclassing into Fighter (for Action Surge) and Hexblade Warlock (minimally for Hex Warrior, Hexblade’s Curse, maybe Pact of the Blade and later Eldritch Smite) or Paladin (for Divine Smite) can provide some interesting synergies.

Of course, this build works best with the Mark of Shadow since the subrace grants an increase to both Dexterity and Charisma, though the standard Wood (Valenar) Elf isn’t a terrible choice either.

Needless to say, Elven Accuracy is great to have, and since Revenant Blade isn’t flavor locked (you just need to be an Elf), taking the feat so you can use Dex to hit is a solid back-up choice if Hexblade isn’t your thing.

Revenant Blade is also great if you plan to go for a less magical variant – one that combines Battle Master Fighter and Gloomstalker Ranger.

4. Crusader of the Silver Flame

With access to XGE, building a character that embodies the teachings of the Silver Flame and Tira Miron’s blessings is a breeze.

Take at least 3 levels in Divine Soul Sorcerer and 2 levels in Celestial Warlock, and you’re all set. Just reflavor Eldritch Blast as holy arrows of the flame, fire multiple volleys using Metamagic, and spam liberally to send those lycanthropes packing. Investing more levels in Sorcerer will greatly widen your spell repertoire, while more levels in Warlock will increase your Healing Light pool and overall utility.

Alternatively, go 5 levels in Gloomstalker Ranger, maybe 2 to 3 levels in Battle Master Fighter, and the rest into War Cleric. Pick the bow as your primary weapon, since that’s sacred to the Silver Flame, and be sure to pick up Sharpshooter when you can.

War Priest acts as your Bonus Action Filler, and both Archery and Defense Fighting Style are a matter of course. You’ll likely get the jump on the Flame’s enemies thanks to Dread Ambusher, and the number of arrows you can loose in the first round of combat can be pretty respectable.

Holy Weapon will greatly boost your bow damage once you can cast it.

I’m not a big fan of Monks or Rangers in general, but Shifters in Eberron seem to be the perfect fit for these sad underdogs. A Wildhunt Shifter’s bonuses are all in the right places, and the Shifting Feature isn’t bad for a bruiser on the front-line.

Going deep into Monk can lead to some payoffs in the long run, but it also makes sense to go Ranger early to boost your damage (Hunter’s Mark and Colossus Slayer come to mind).

War Cleric (for the Divine Favor and Guidance) is also a possibility, while at least 5 Cleric levels (any other Domain) gets you Spirit Guardians, which can really help if you want to be sticky.

If you prefer to be full on tanky, the bonuses for a Beasthide or Longtooth Shifter can help with multiclassing into Barbarian, and that synergizes well with Monks who build Strength rather than Dexterity (though there’s a bit of redundancy where AC calculation is concerned, so just pick the better of the two).

Consider the Totem Warrior for survivability, or the Ancestral Guardian for the shielding mechanic and mitigation.

Like we said at the start of beginning of this article, the builds here were put together with flavor, rather than 100% optimization, in mind. Hopefully they’ll be a good starting point for you to craft unique and interesting characters for the Oracle of War storyline.

If you liked this article, do help us share it, and if you decide to build a character using what you gleaned from this article, let us know.

We’d love to hear all about your adventures!