So, I played at Gamestart 2017, at Peril at the Port, in Singapore’s first ever epic. I brought with me a fully geared character that I’d previously played for 40+ weeks, running the full hardcover of Storm King’s Thunder. His name was Khaz Modan, and he was an unstoppable 10th level War Cleric Hill Dwarf with a wicked stiff British sense of humour. 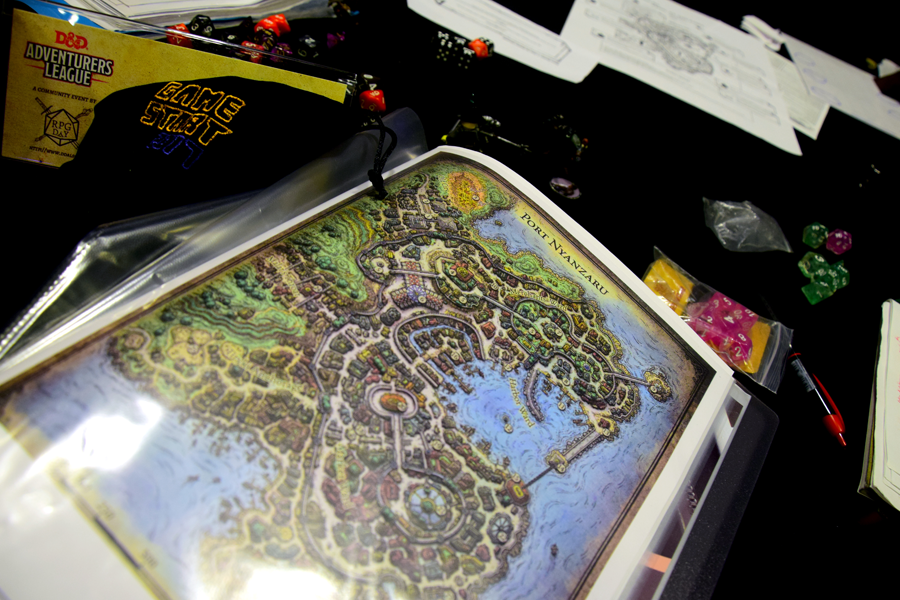 Khaz Modan was my magnum opus, and the first character I made that I really treasured. After all, I had spent nearly a full year levelling, looting and building it up, game after game. There were some really close shaves, too. I nearly died when my Dungeon Master, Jon, decided that the Challenge Rating recommended was giving us too easy a time (it was) and upped the ante, dropping a CR 14 Fire Giant Dreadnought onto a mixed party of level 7s.

It was well-kitted too, after the full year finishing Storm King’s Thunder. Having taken the lion’s share of the magic items (since the majority of them graciously donated every item that wasn’t on their wishlist, and my character was the backpack character), Khaz Modan could very nearly boast of being the most well-armed of any player-built AL character at the time, with enough items to outfit himself and still have enough sets of Tier 2 Armor and weapons to kit out two more. Decked from top to toe in magic items, he was a Str 23 Wis 20 (thanks to Belt of Frost Giant Strength and an Ioun Stone of Insight, respectively) Cleric death machine, topped off with a wonderful Dwarven Thrower.

And that’s not even to mention gold, which he was practically swimming in. A curious detour into Hoard of the Dragon Queen had left every member of the party some 12,000 gold richer, and beating Storm King’s Thunder had only added to it.

It would seem odd, then, that I chose to kill the character when the time came.

I brought this character to a table of Tier 2 characters, playing in the first session of Peril at the Port. Unfortunately, we ran into a bit of a snag, and Pelican Jake got away. The hour drew to a close, and the penalty was to be levied across all tables – we would have to sacrifice a character to Captain Smoke, the main antagonist of the epic. 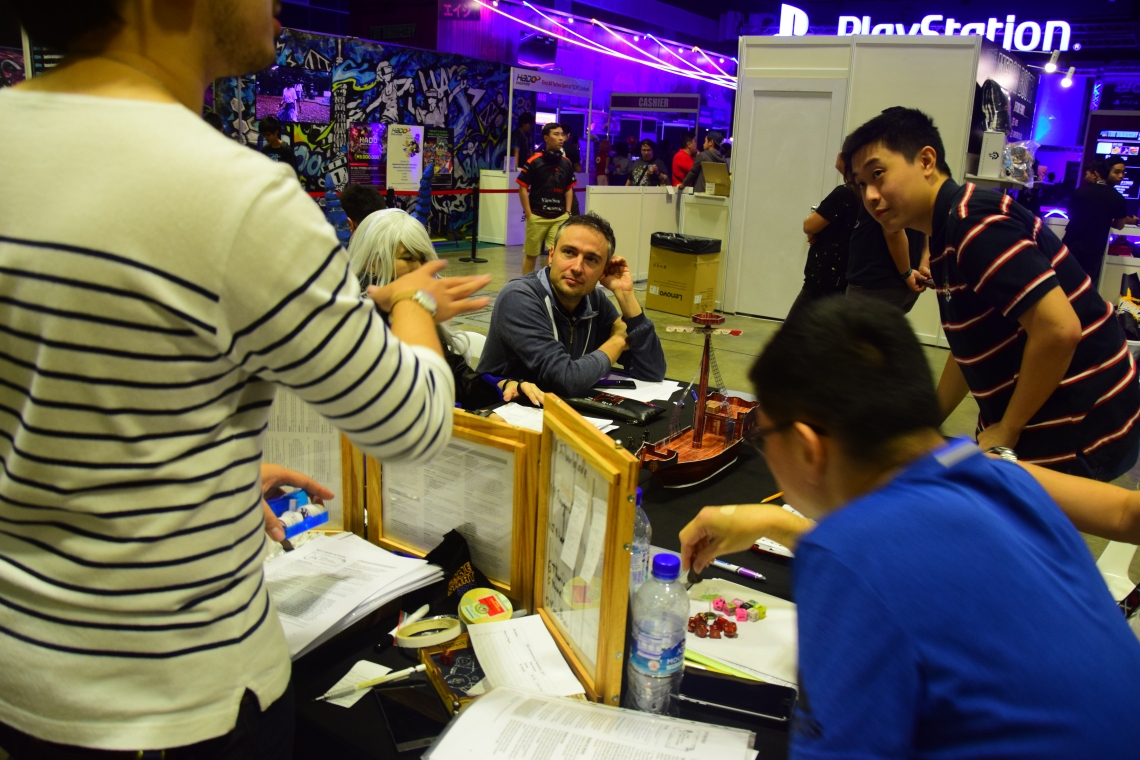 It was then that I elected to sacrifice my character, magic items, gold hoard and all, in the light of the amount of work that I had put into creating it, for the sake of the rest of the characters at the table. The organiser, who had been my fellow party member for the entirety of the hardcover, was stunned into silence as well. It was almost unthinkable. A fully-geared 10th level character, thrown away just like this? It beggared belief.

Even the Dungeon Master himself was in shock – curiously enough, the one running the Epic table where I was seated was the same one who had been running that entire year of campaigns for me, and he had watched this character grow up over that period. I can still clearly remember his question then, as I announced that I would sacrifice my character.

“Are you completely sure about this? You know that you’re not getting Khaz Modan back.”

I nodded with a little feeling of finality. “Yes. I wanted to retire the character anyway. It’s not like the rest of the table, whose characters have yet to have their chance to grow.”

The organiser Jason clapped me on the shoulder after he confirmed that the grisly deed was to be done, and offered me the chance to make the announcement to the rest of the gathered tables of our grim decision. His voice picked up a hint or two of reverence as he made the announcement at the Gamestart 2017 tables.

“And from our Tier 2 table, we have our sacrifice! A fully-kitted level 10 character, carrying more than 10 magic items!”

At this point, a shush engulfed every other table. I could clearly see the wincing from some of the other players as they heard the magic number of level 10. Up until then, Level 10s had been a rarity, and I was one of the first to have an end-of-tier-2 character. You could see the horrified expressions as people contemplated the loss of a level 10.

It was with almost glee that I announced the long list of magic items that Khaz Modan carried. It was quite the listing – with three sets of magical armour and weapons and a large variety of wondrous and unique magic items conferring great advantages.

As I made the announcement, I felt a kind of finality overcome me. It hurts to lose something you’ve poured a year into, yes. But I still chose to do it anyway, to throw away my years’ worth of games. I had a slight pang of regret, but ultimately, as I made the decision, I made peace with myself over it.

Because it would have been what Khaz Modan, in character, would have done anyway.
And because ultimately, the value of a character isn’t in the sheet of paper – it’s in the stories that you tell with that sheet.

Admittedly, it’s always nice to be able to play the character again and relive the power fantasy. But the point of a character isn’t to just be a combat sponge. The character is there to facilitate a good story. And, for the very much Neutral Good Khaz Modan, wouldn’t it be a fitting sacrifice to throw himself into the fire, him being the cleric he is, for the sake of those who needed his protection?

And furthermore, now that he’s thrown himself into the pit of doom for the sake of his party members, doesn’t it make an even better story?

There is no need to be upset losing a character. I know it’s hard to take when your precious dies – heck, it’s time and work and effort to make one. But ultimately, the character is there to help you tell an amazing story. And if the story lives on, is your character ever truly dead? Only you can say.

← Tavern Talks: What the *DM* were you thinking?!
Tavern Talks: Checking Egos at the Door – Tips on Managing Your Table →